On October 12th I will be taking part in Focus Ireland’s Shine a Light event. It will be quite the experience and the long range BBC weather forcast looks like rain! 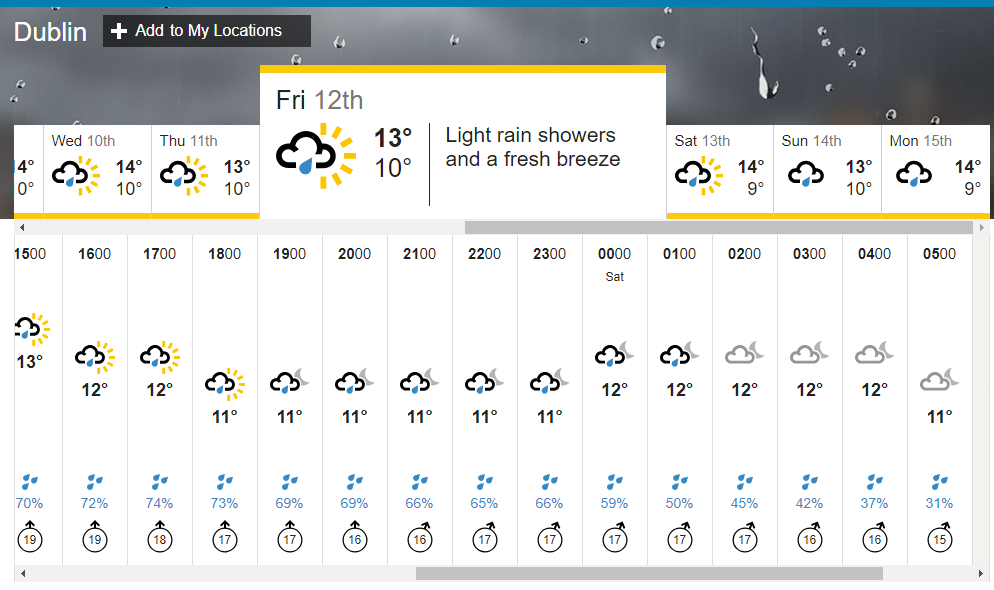 Either way it will be quite the experience and I am looking forward to it, or looking forward to getting if over with sooner rather than later as it is only going to get colder. But even saying that it smacks you right in the face that homelessness is no joke and I am more than happy to spend one night sleeping out to raise money so that others do not have to.

Whenever we do charity events with work it continues to surprise and reassure me when I see that people are so generous. We did a stationary cycle and bag packing over in the Blanchardstown Shopping Centre and you see that homelessness is an issue people resonate with and they offer their support. It is amazing, I’ve really enjoyed being on the committee this year and wish I’d joined in sooner.

We’ll be out in the Iveagh Gardens all night I guess with what we can carry. Obviously I will have to leave my 12 man festival tent and air mattresses (yes two since Dermot stopped coming) at home. I believe we get a survival bag and I’ll have my sleeping bag and probably a yoga mat.

I’ll take plenty of pictures of the night, and there will be organised media pushed by Focus Ireland too. Focus Ireland want as much social shared as possible to raise funds and awareness, after all that really is the point of the event.

Writing this I’m reflecting on something I heard in Sam Harris’s conversation with Yuval Noah Harari. They brought up effective giving during the Q&A at the end speaking about how we need to think carefully to effectively solve these problems. This resonated with me as I do love challenging a preconception, I think that is why I’m a fan, but now is not the time for that. It doesn’t take much of a thought experiment to see that it isn’t always the best option that a person quit their job sell their house and donate all the money. For example to maximise good over their lifetime could mean earning much more money over all than was available at the start of the experiment. In the end there could be more donated over time by applying their talents at making money instead of working directly with a charity. It is certainly something to think about. I don’t know where I stand yet. Let me sleep out in the rain first and I’ll get back to this train of thought.